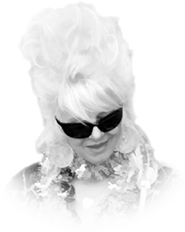 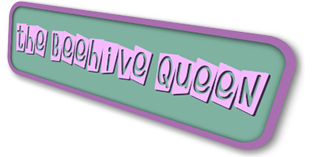 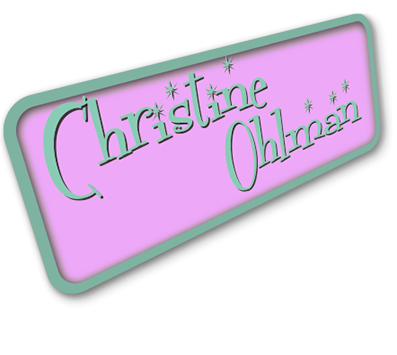 
It is Ohlman's first CD of new work since 2003's Strip; her recording hiatus follows the deaths of both longtime mate and producer Doc Cavalier and Rebel Montez guitarist/founding member Eric Fletcher (a pristine radio air shot of Ohlman with Fletcher is one of the CD's bonus cuts).


"Whatever she touches becomes soulful and passionate. Ohlman always sounds like her born-to-be-bad self, belting out songs like the spitfire she is. It's that swagger combined with tenderness that makes her so compelling...the perfect balance of raw soul and gutsy rock.  Perhaps the most powerful and potent moment is the title track, a gospel-infused swamp ballad that seems autobiographical, especially when she sings that she's 'hard to handle, the excitable kind/take off runnin' when I could've walked.' Ohlman never flinches from the hard stuff and throughout The Deep End, she dives in like the classic soul kings and queens she idolizes." - Hal Horowitz, The All Music Guide


"Ohlman and Rebel Montez concoct a Soul atmosphere as thick and palpable as a humid Southern night. Ohlman’s voice is a dusky, supple thing of dark Soul beauty, like a genre splice of Dusty Springfield and Delbert McClinton. She sells the album’s handful of covers with aching authenticity, from her duets with Marshall Crenshaw on the Marvin Gaye/Mary Wells classic “What’s the Matter with You Baby” and with the incomparable Dion on “Cry Baby Cry.” But the standouts on The Deep End are Ohlman’s stunning originals, which blister and soothe in equal measure."- Brian Baker, Cincinnati CityBeat


"The Deep End insists on telling the truth until it alters perceptions of love and loss and how it all works, especially when it falls apart so tragically as that which produced this work of art. Here comes the sun, healing and transcendent." --www.thebluegrassspecial.com


"The husky-voiced singer is a full-package talent, a dynamic rocker who draws on soul and blues in ways that give her music a classic feel even as it pulses with her own personality. Make no mistake: If Ian Hunter, Dion DiMucci, Marshall Crenshaw, Levon Helm, G.E. Smith, Big Al Anderson, and Eric Ambel draw you into The Deep End, it's Ohlman who ends up making the biggest impression. As in: 'Wow'." - Nick Cristiano, Philadelphia Inquirer (syndicated)


"As a singer, Ohlman makes each song sound like a prime cut on a jukebox in a Memphis barbecue joint. Hit(s) the sweet spot, straight and true." -Vintage Guitar Magazine


"Expect this album to pepper a few best-of lists in December. The songs on The Deep End draw as much upon gospel and urban doo-wop as they do blues and Americana. “I surrender to the rhythm in my blood”, Ohlman sings in 'Like Honey'. Me too, Christine, me too.” –Bill Holmes, www.popmatters.com


"Ohlman turns out the best blue-eyed soul of her career...'The Gone of You' fully exhibits how much grief a blues-drenched heart can bear. The whole history of soul music can be heard here, reflected in a passionate life--or two."  - Dave Marsh, Rock & Rap Confidential


"Don’t let the beehive hair or glammed-up persona fool you. Christine Ohlman can deliver the goods. With a delivery that carries all the joy of early rock and roll, Ohlman owns the voice of choice for every style from edgy blues to tender R&B to sweet country to bittersweet singer-songwriter". - Blues Revue -  June/July 2010


"The record, like any good bit of love, has layers, not so much warning as perhaps honest admission - or perhaps undersanding - of love's varied means and ends. In fact, the blues isn't always about being sad, but simply allowing room for the myriad reaches and complexities of emotion." - Kim Ruehl, NoDepression.com


"On [The Deep End] the theme of love is very heavy. What is really astounding is the depth of love that is discussed."  -  Kyle Palarino, Blueswax


“In its original form, rock n' roll was a blend of blues, country and gospel. Christine Ohlman practices rock the old-fashioned way. Like the music she makes, Ohlman seems timeless.” – Eric Danton, The Courant /Hartford, CT


"'Cry Baby Cry' (a duet with Dion) ought to be blasting out of a '55 Chevy radio on a hot summer night"   – Wayne Blesdoe, Knoxville News-Sentinel


“I do have a favorite, however, and it’s another example of the cache that Christine Ohlman carries within the music world… enlisting the services of rock legend Dion DiMucci to sing with Ohlman on the gospel-tinged ‘Cry Baby Cry’ is a great touch.” – Reb Landers, www.thealternateroot.com


"A perfect concoction of musicianship and road weary soaked vocals....making the disc a solid listen is the wonderful group of musicians, Rebel Montez, who really add an exceptional backing groove to these 15 tracks and gives it an A-plus sheen. The Deep End is a diamond in the rough." - Carl Cortez, iF Magazine